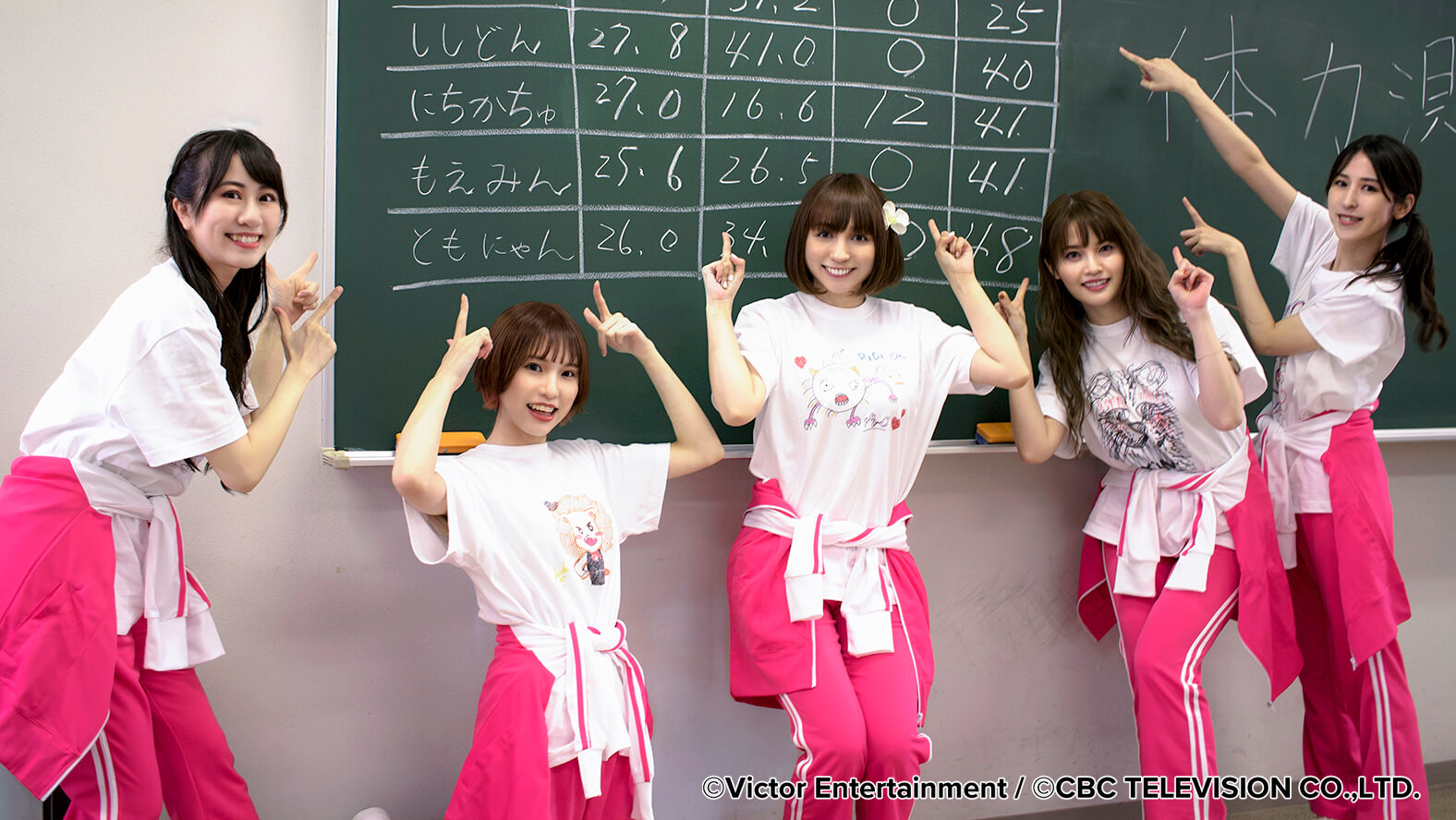 Roland DG’s inkjet printers were featured in TV programs and YouTube videos where they were used to create merchandise for a girl band story franchise created by Victor Entertainment.

The photo above is a still shot from the CBC TELEVISION program Wata Hana TV! featuring the voice actress-girl band PsyChe* (members: MoeMi, Nichika Omori, Tomoka Wakabayashi, Chie Shishido, Mariko Toribe). Part of the program is set in an art classroom, and illustrations of a lion drawn by members were printed on T-shirts using Roland DG’s BT-12 direct-to-garment printer. The members then wore the printed T-shirts in the next part of the program during an athletics session. *The band name actually uses y and e of the Latin alphabet with the addition of a line on top.

About the Wata Hana TV! program
Featuring the five members of voice actress-girl band PsyChe, Wata Hana TV is an entertainment TV show with an after-school theme based on the voice-acted 4-panel comic strip Watashi no Aishita Hana no Na wa (in English: The name of the flower that I loved was). The members take part in special classes that focus on creative experiences, run by a temporary teacher in a high school classroom. 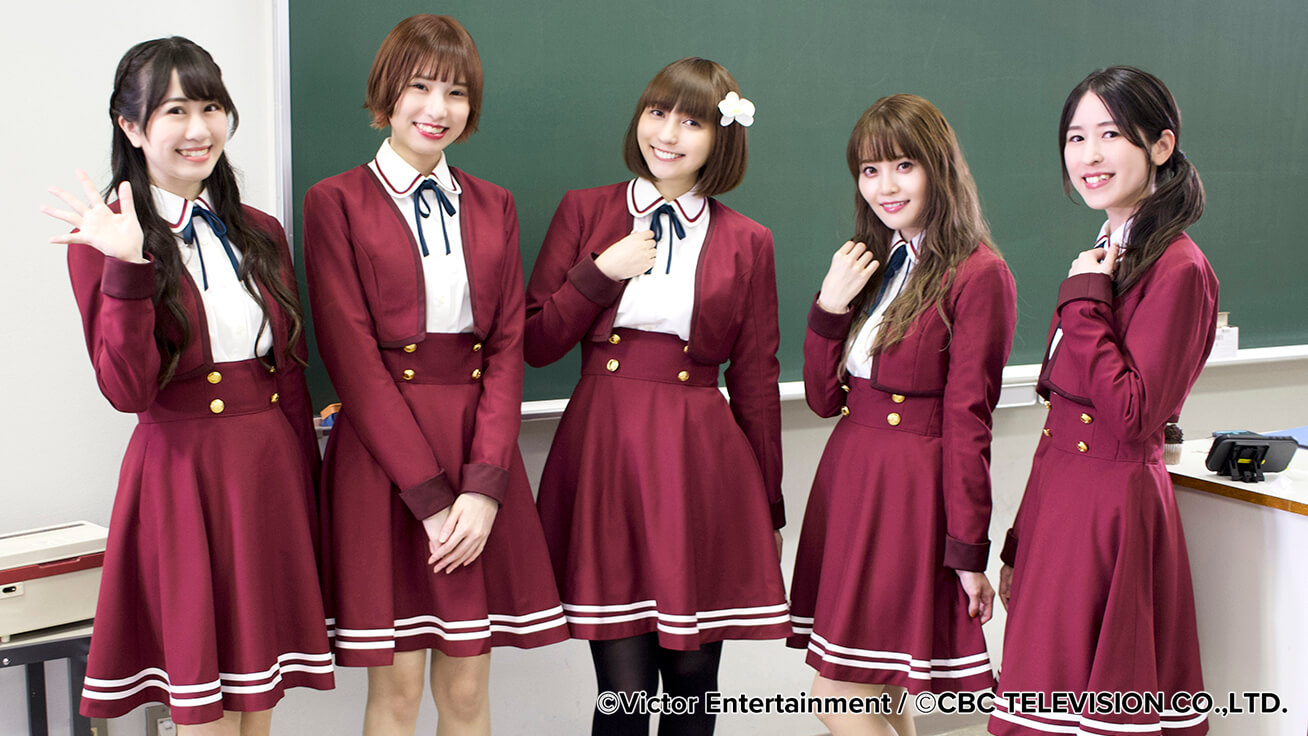 We linked up remotely to talk with two of the producers and planners of the franchise.

Satoshi Kumeda, President, CONNECTMEDIA
President of CONNECTMEDIA that provides consulting for new businesses and services, as well as advisor and digital content strategist

Roland DG: Tell us more about the story franchise, Watashi no Aishita Hana no Na wa.

Negishi: The franchise is produced as part of Victor Entertainment’s IP business, which develops and markets intellectual property. It started off as a voice-acted show and 4-panel comic strip, and has been developed into the voice actress girl band PsyChe. We are airing it on TV, YouTube and other forms of media with the aim of a major release debut.

Kumeda: The program triggered my interest when I first saw a live event in February this year, and I came on board to help with media promotion. It was launched as a new show in October on Nagoya’s CBC TELEVISION that I often work with.

How did you initially team up with Roland DG?

Kumeda: I first saw a Roland DG printer at an event venue some time ago and recalled how great it was to be able to create accessories right after the live event. I thought that we might be able to use it in our own programs, so I told Mr. Negishi about it.

Negishi: I actually visited the Roland DG Tokyo Creative Center to see the printer in action and was amazed by its capabilities. So many ideas popped into my head. I thought if we could set up a printer at the recording studio, we could come up with some fun topics in the short time we have available for recording the show. 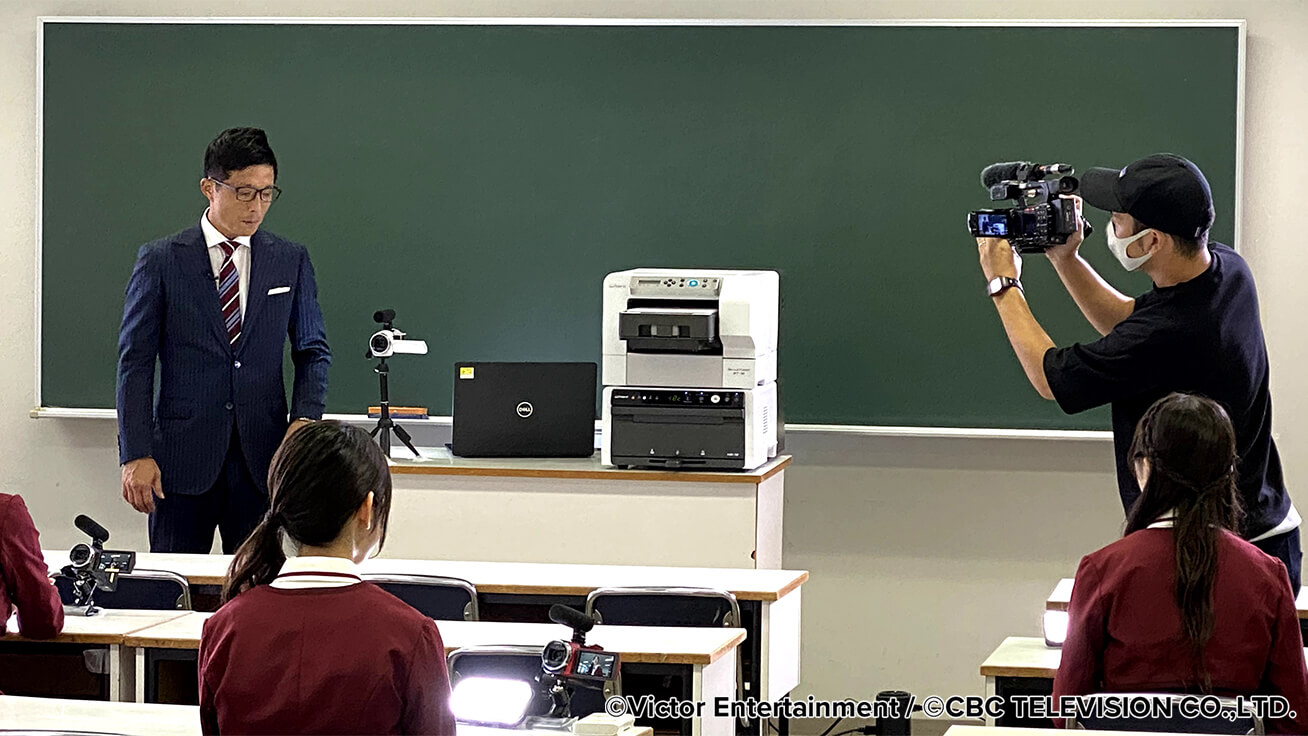 The BT-12 direct-to-garment printer on the set at the recording studio. CBC TELEVISION anchor Keiichi Wakasa is on the left as the show host.

How did you find using the printer while recording the show?

Negishi: It only takes around 10 minutes to print things out while in the studio, so we could film the band members drawing their illustrations, printing them on T-shirts and wearing them on the actual show without wasting any time. Rather than ending the show after drawing illustrations, the printed T-shirts were a great way to add something extra that we could build on as further content for our TV, YouTube and social medial channels. 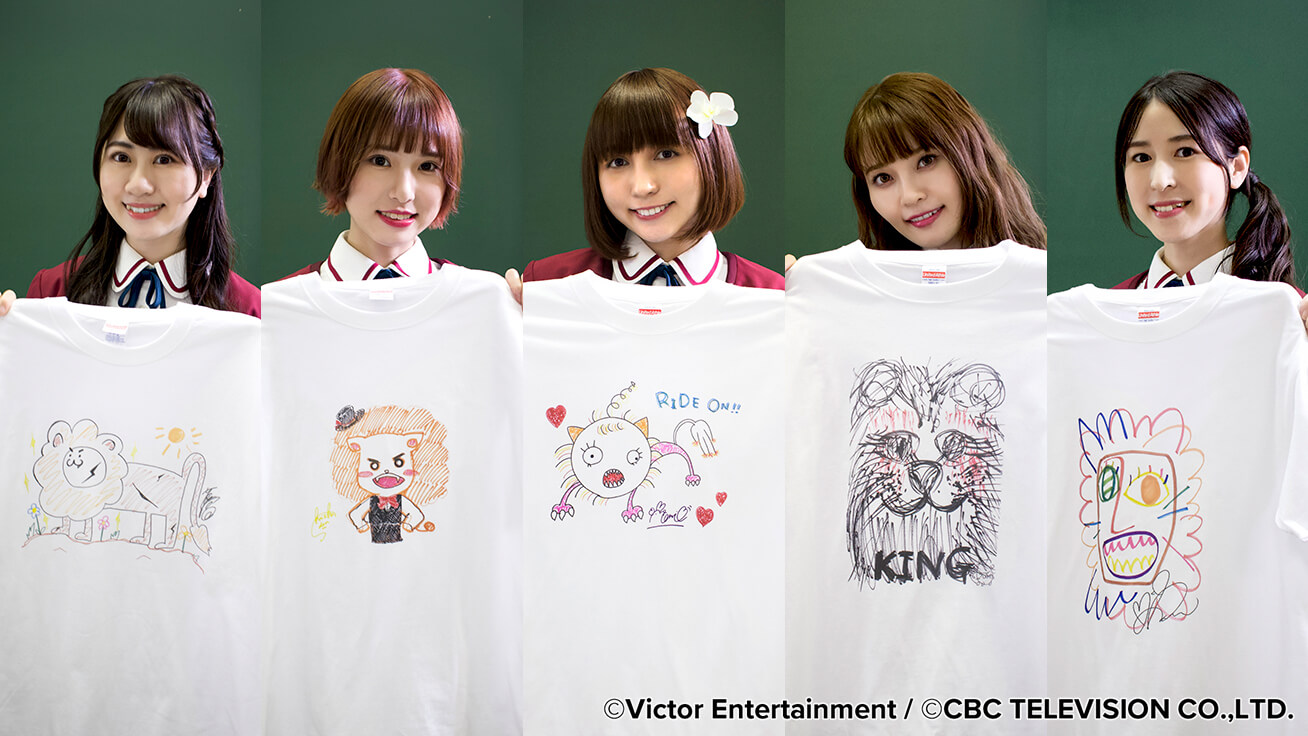 Negishi: We were able to make some great creations that embraced the personalities portrayed by the band members. I had a look at the samples and was very pleased with how well they turned out. We will be releasing these items on our site so it will be interesting to see how fans react to them. 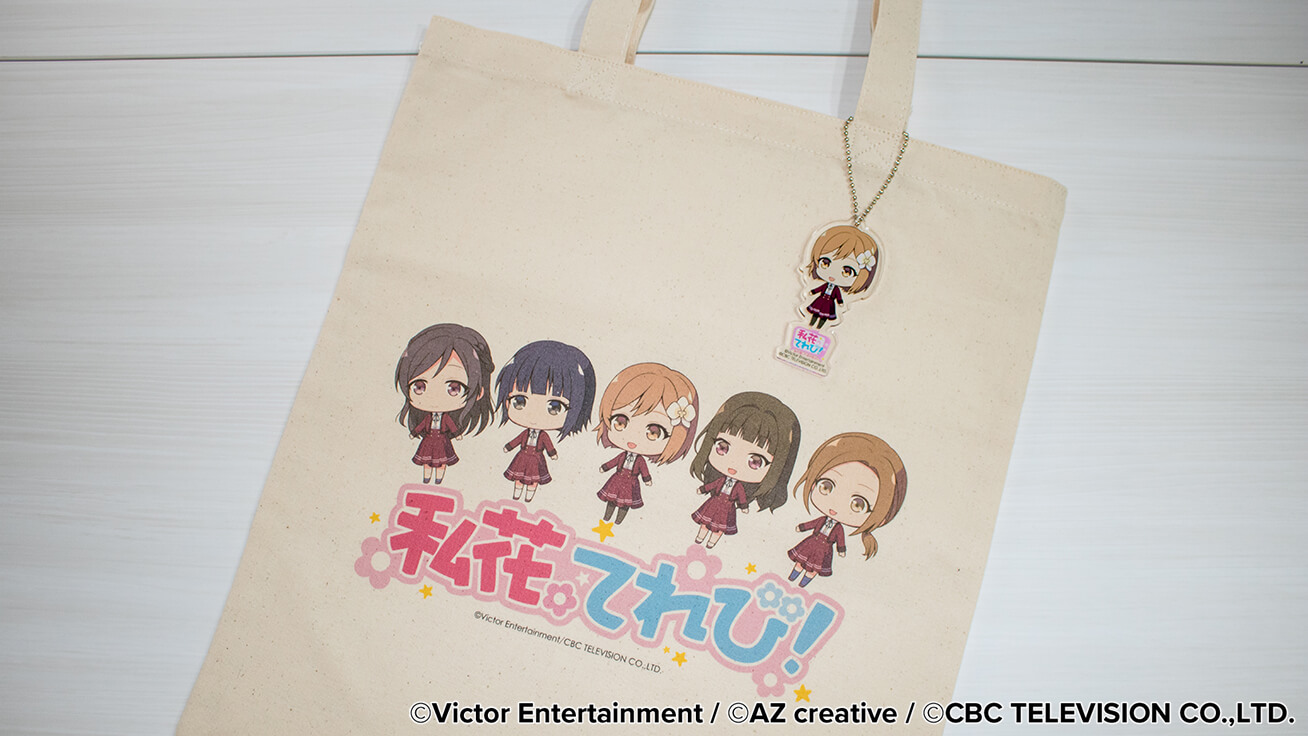 How do you plan to utilize inkjet printers for your IP (intellectual property) business in the future?

Kumeda: Despite high demand from fans, merchandise at live events often ends up selling out before the event actually starts and we are unable to supply any more on the day. Being able to print out merchandise at the venue is one way we could adjust stock levels and avoid missing out on sales opportunities. Even with activities other than events, not having to keep stock on hand is a big advantage.

Negishi: The main benefit of inkjet printers is being able to print out small lots on-demand as they are needed. The type of merchandise required differs depending on the actual IP (intellectual property) business, like guitar picks for bands, or coffee cups for cartoon characters. I feel that using these printers to make merchandise suited to each specific intellectual property would be a good way to build up the business.

It is great to see the different ways our printers are being used!

It was great to see users exploring ideas to boost their own content by making a range of entertaining items. 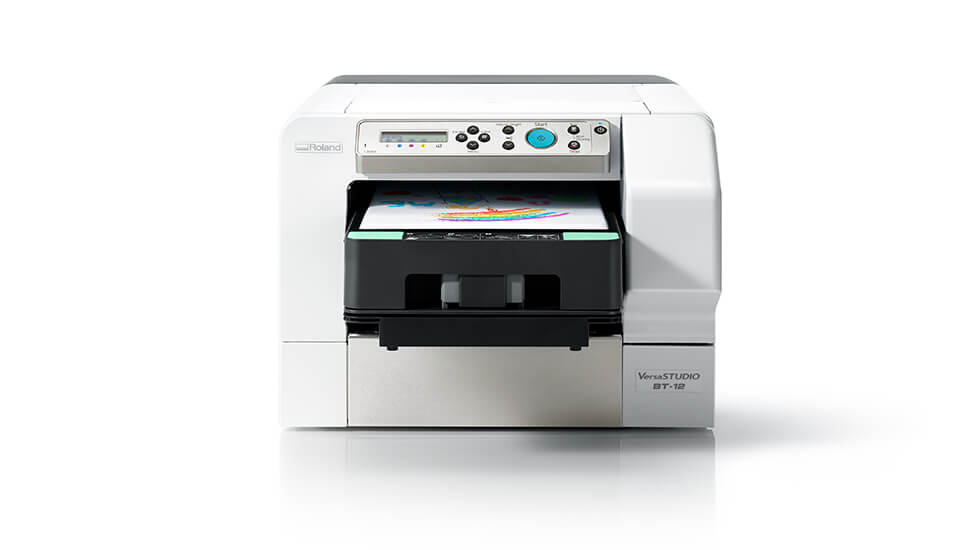 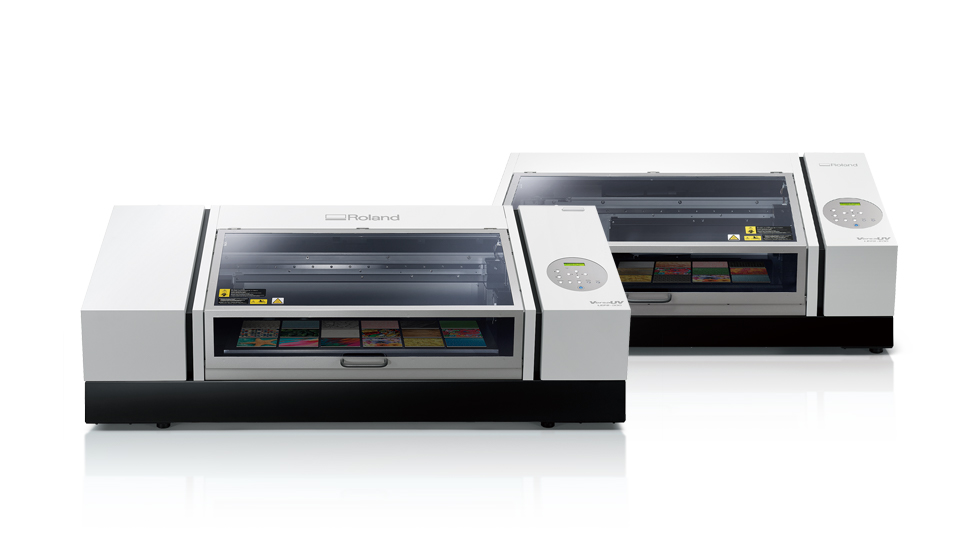