Barcelona, Spain, July 31, 2013 – A yearlong celebration of the 400th anniversary of relations between Japan and Spain commenced at an opening ceremony held at the Teatro Real opera house in Madrid in June. The ceremony was graced by the presence of Prince Felipe of Spain who hosted a Gala Concert, and his guest of honor, Crown Prince Naruhito of Japan. Roland DG was one of the sponsors of the highly-awaited event which marked the start of a year replete with symbolism.

Japan's relations with Spain began in 1613 when Date Masamune, a warlord of the Warring States period in Japan, decided to send a delegation to Spain and Rome, Italy. Headed by Hasekura Tsunenaga, a samurai retainer of Date, the delegation's primary objectives were to establish commercial relations with Nueva Espana (or New Spain comprising territories including present-day Mexico) and to ask for the dispatch of missionaries to Japan. The mission, which had left Sendai in October 1613, arrived in Spain one year later. To commemorate the 400th anniversary of this historic event, a multitude of cultural activities will be held in Spain and Japan over the coming one-year period.

On June 11, 2013, a special recital was held at the opening ceremony to celebrate the Japan Year in Spain, under the artistic direction of the highly-acclaimed Japanese composer and pianist Mine Kawakami. Flamenco dancer Shoji Kojima participated as a guest artist along with the flamenco singer Miguel Poveda.

Roland DG Corporation was a sponsor of the opening ceremony called "La gran travesia del samurai Hasekura" (the Great Voyage of the Samurai Hasekura), one of the most important and anticipated events of the yearlong program. The ceremony was highlighted by a stirring piano concert by Ms Kawakami who was born in Nagoya and educated at the Hoschule fur Musik of Munich and the Real Conservatorio Superior de Musica de Madrid. Kawakami expresses her own musical vision as though it were a journey. On this occasion, the entire performance was created to enable concert-goers to enjoy an intimacy with the artist through her words and emotions conveyed by the live performance of her music. The staging perfectly joined together piano music with flamenco dance and song, creating an innovative collaboration of Spanish and Oriental-inspired music together with Japanese Noh Theatre. The work narrates Hasekura's trip to Europe that lasted seven years. The theatrical genre plays with imagination and emotions, with few words accompanying the music. Presenting an abundance of sensory images, the main objective was to stimulate the audience's imagination.

The photographic exhibition of the renowned Japanese photographer Teruo Sekiguchi takes us along the route of the Hasekura trip from the port of Sendai, Japan to Coria del Rio in Seville, Spain. Roland DG, utilizing its comprehensive experience and knowledge in the field of Visual Communications, coordinated the production of the exhibit held in the Oval Room of the Teatro Real, as well as the handbill distributed to guests.

Jorge Calvo, CEO and President of Roland DG EMEA, S.L. and Executive Officer of Roland DG Corporation commented, "This inspirational event is an example of what both cultures will be presenting in the coming year. It represents the ties that have been built and consolidated in the past, and that will surely continue strengthening in the years ahead, boosting mutual understanding between our two countries and opening new horizons in their bilateral relations. Roland DG is honored to play a role on this historical occasion." 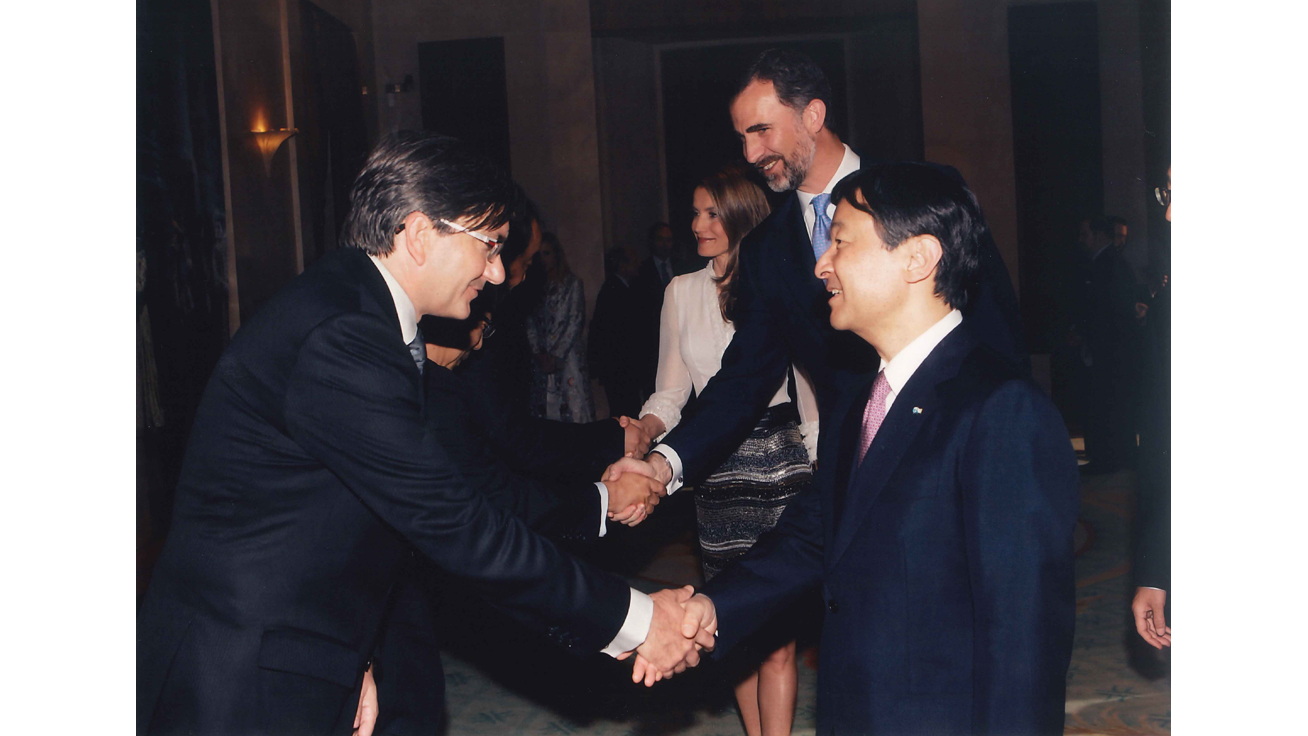