Production capacity to be increased by 40%

Hamamatsu, Japan, July 21, 2021 – Roland DG Corporation, the world’s leading manufacturer of wide-format inkjet printers and 3D devices, announced that it has begun construction on an expansion of its manufacturing facility in Samutsakhon, Thailand. 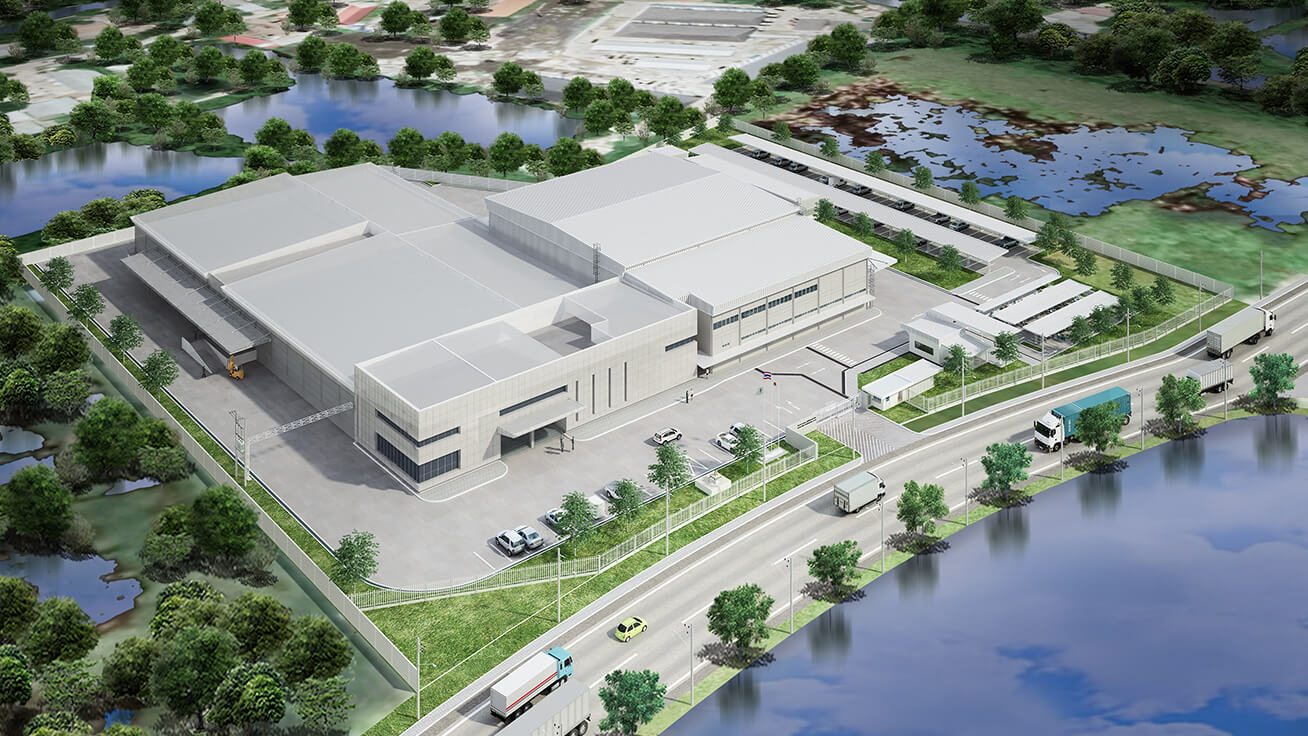 The new facility is on the right side of the main building.

The expansion is part of the “Transition into a lean organization” core initiative of the midterm business plan (FY2021 to FY2023) announced on February 12, 2021. Manufacturing at the Miyakoda factory in Hamamatsu, Japan will be transferred to the factory in Thailand to help strengthen Roland DG’s cost competitiveness and will be operated as the center of volume production. As Roland DG focuses on another core initiative “Transformation of the business portfolio” of its midterm plan, the Thai factory will also take the role of producing models developed for emerging countries where further growth is anticipated.

The Thai factory began operation in October 2012 as Roland DG’s first overseas factory. It harnesses all the advantages of Roland DG’s proprietary digital cell production system* for assisting operations with digital technologies to perform the same level of reliable, high-quality manufacturing as achieved in Japan. The Thai factory has also established an independent manufacturing system with a greater focus on local procurement of materials and parts. This marks the second time the factory has been expanded following construction work in 2014 due to growth in production volume.

The layout changes made after expansion will increase the total floor area of the factory from the current 6,907 m2 to 9,960 m2, and increase the current production area by approximately 40% to 7,162 m2. Transferring production of inkjet printers, dental milling machines and other high-volume products currently made at the Miyakoda factory will double the existing 16 models to 32, with wide-format inkjet printer production capacity increased by approximately 40% to 17,000 units per year. Changes to the production area layout will ensure a smooth flow of operations, from receiving parts to storage, picking, production, and shipment to boost operating efficiency. Expansion work is planned to be completed by the end of November 2021, with full-scale operations of the entire factory including the expanded area slated to begin in January 2022.

Beginning in 2022, the Miyakoda factory will assume the role of manufacturing prototypes, assisting with the launch of new products, and developing advanced production technologies. While still retaining minimum manufacturing capability as part of BCP (Business Continuity Planning), the Miyakoda factory will integrate warehouse operations and offices.
Roland DG is also making preparations to develop and market its cell production system as a digital solution for a broad range of multi-item, small-lot production manufacturers.

* Roland DG’s digital cell production system:
Roland DG products are manufactured using a proprietary digital cell production system. Assemblers follow the steps shown in a 3D graphical manual displayed on a computer monitor to utilize the proper parts, fasteners and electric screwdrivers as specified. The use of digital technology simplifies the memorization and concentration capabilities of human operators while achieving a high level of both quality and productivity. Another key advantage is an operating log data of each cell is stored on a server, allowing floor managers to monitor work progress and make improvements by analyzing data, which in turn enables optimum control of not only each individual cell but also production of the entire factory.
The Miyakoda factory is further developing systems aimed at digitalizing entire factories, such as introducing robots and testing automated transport carts loaded with components required for assembly. With growing need for even greater productivity, efforts are also being made for ongoing reductions in unit costs, achieving even shorter delivery lead times, and reducing the volume of in-process inventory. 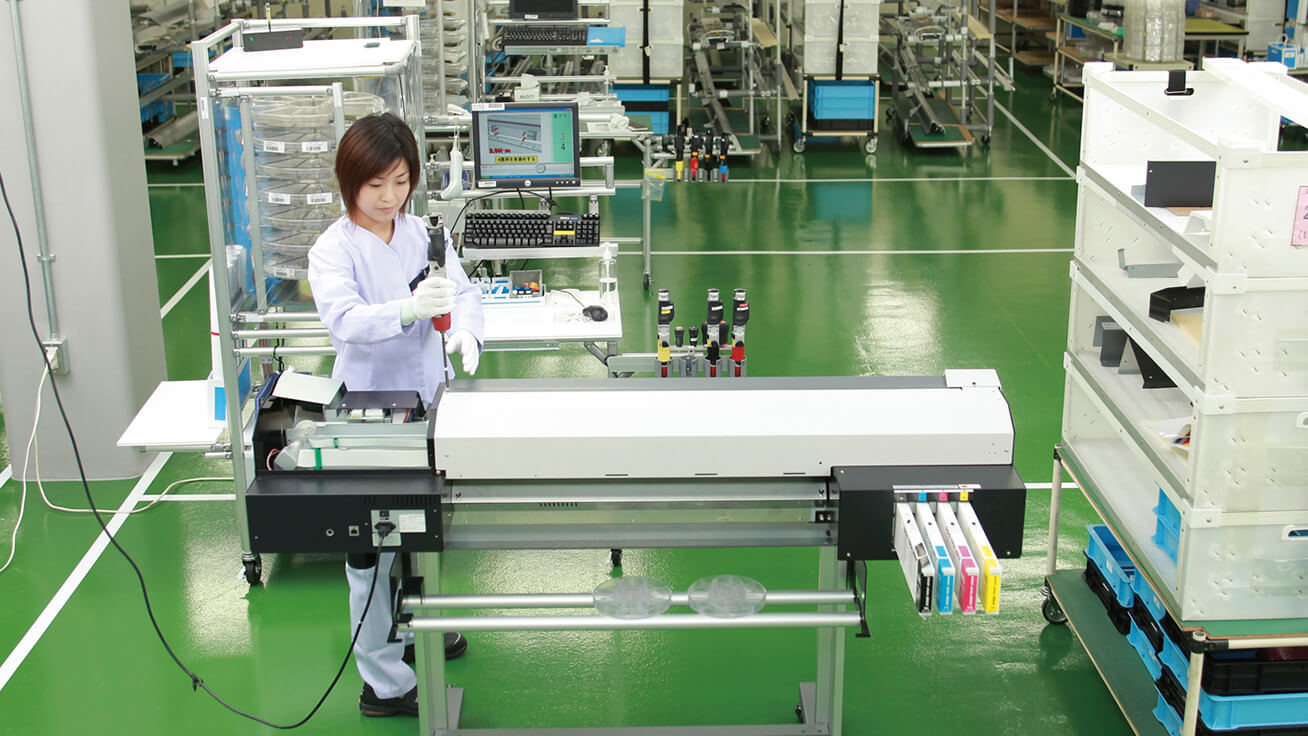