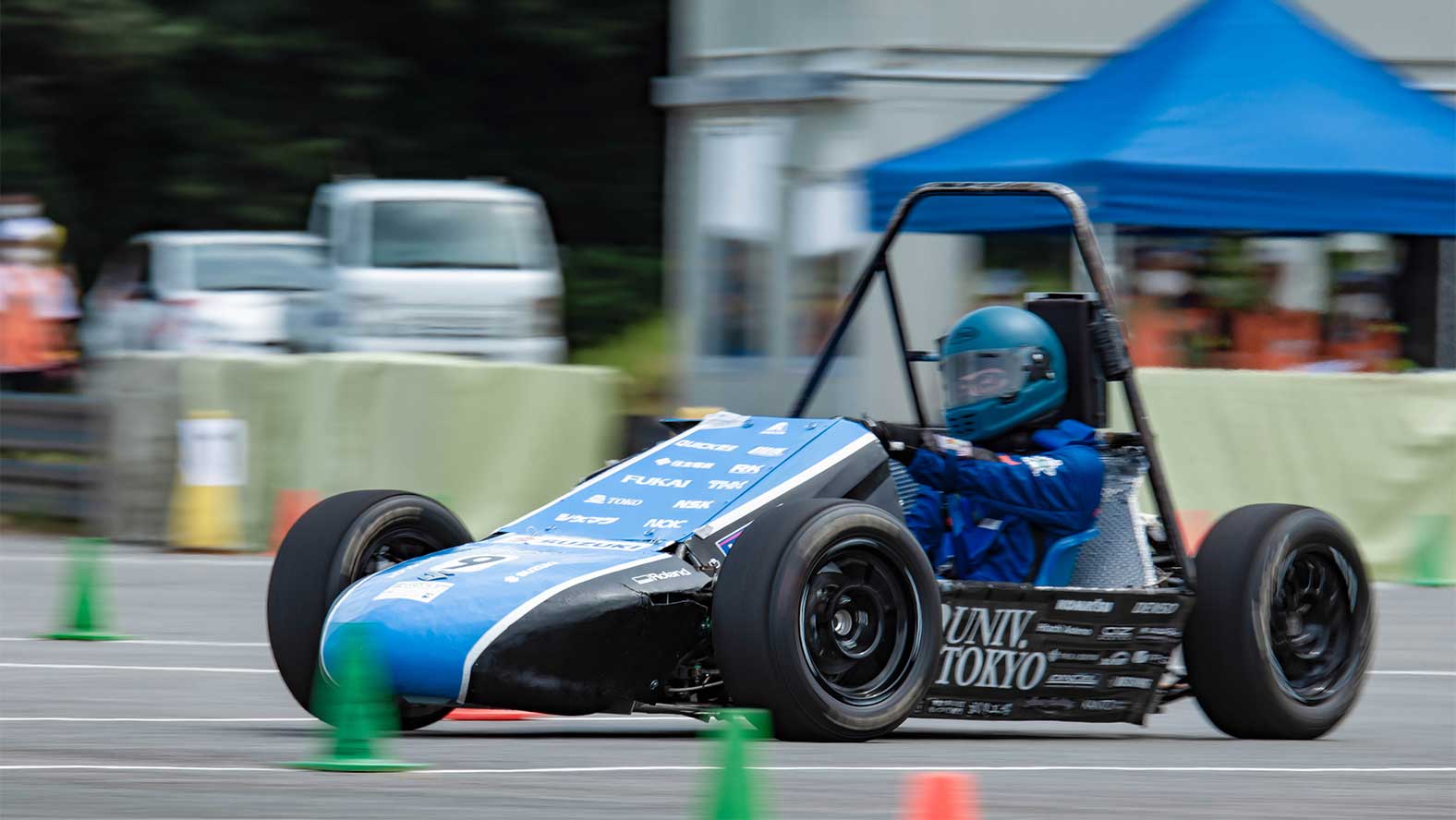 Formula SAE Japan (FSAEJ) is an all-inclusive monozukuri competition where students play the main role in planning, designing and constructing their very own formula-style racing car. Roland DG is sponsoring teams from The University of Tokyo and Shizuoka University by assisting with the production of racing car stickers and team uniforms.

Student Formula SAE gives students aiming to work in the automotive engineering industry the opportunity to hone their fabrication skills with the aim of cultivating their practical abilities.

The Student Formula SAE Competition of Japan is an annual event held since 2003 where students organize their own teams and develop a racing car over the course of the year. While local racing events had been put on hold during the COVID-19 pandemic, the 20th competition was held for the first time in three years from September 6 to 10, 2022 at Ogasayama Nature and Sports Park ECOPA in Shizuoka Prefecture. A total of 54 teams from around Japan took to the race course in two racing car categories: ICV (internal combustion vehicles) and EV (electric vehicles). More than just the fastest time around the track, the competition also graded teams based on their performance with technical inspections, static events (held online), and dynamic events.

The University of Tokyo Formula Factory

The University of Tokyo Formula Factory (UTFF) is a monozukuri club at The University of Tokyo where students cover all aspects of competition, from planning, designing and constructing their racing car, to test driving and diagnosing cars, training drivers, and liaising with sponsors. The club takes part in Student Formula SAE every year in the ICV category.

UTFF finished 23rd overall this year and came in second in the Technical Inspection Special Prize (among teams with the highest scores for technical inspections, this prize is awarded to the team with the highest overall score). While the team scored lower than the previous year, it was the first time in eight years that they successfully completed races in all events. 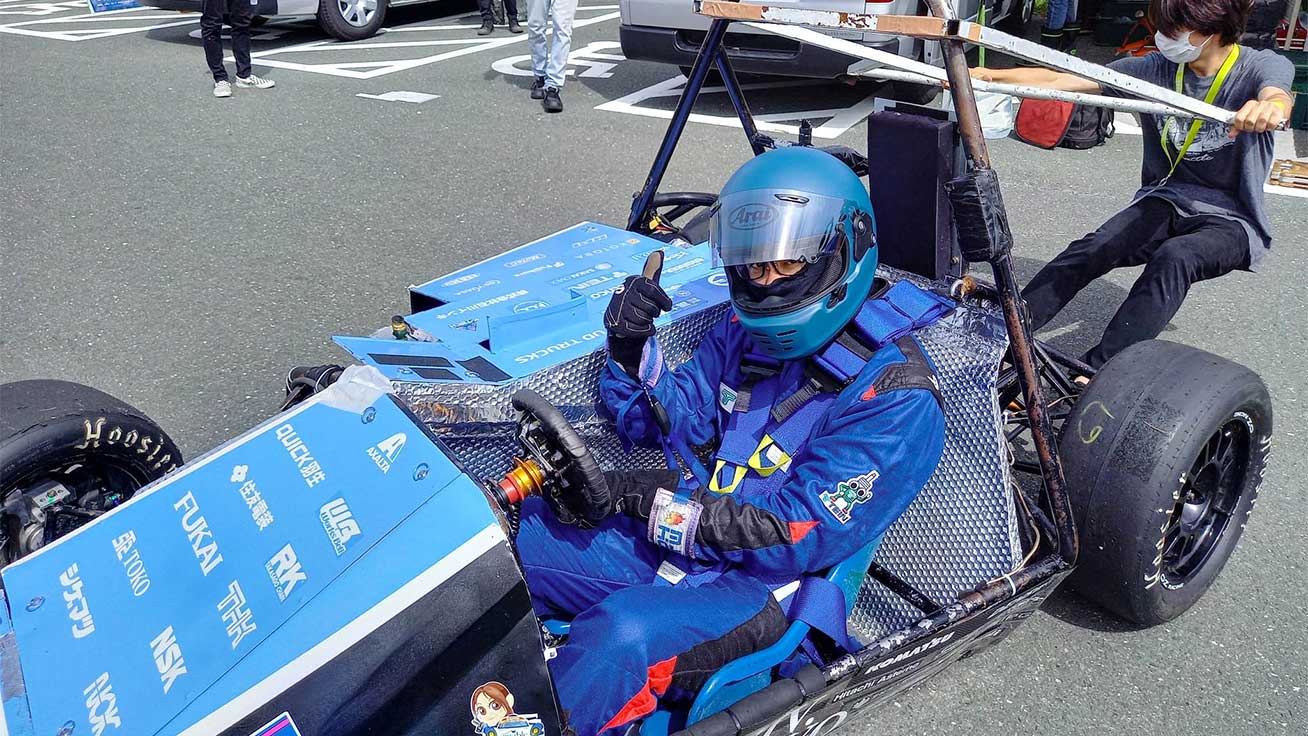 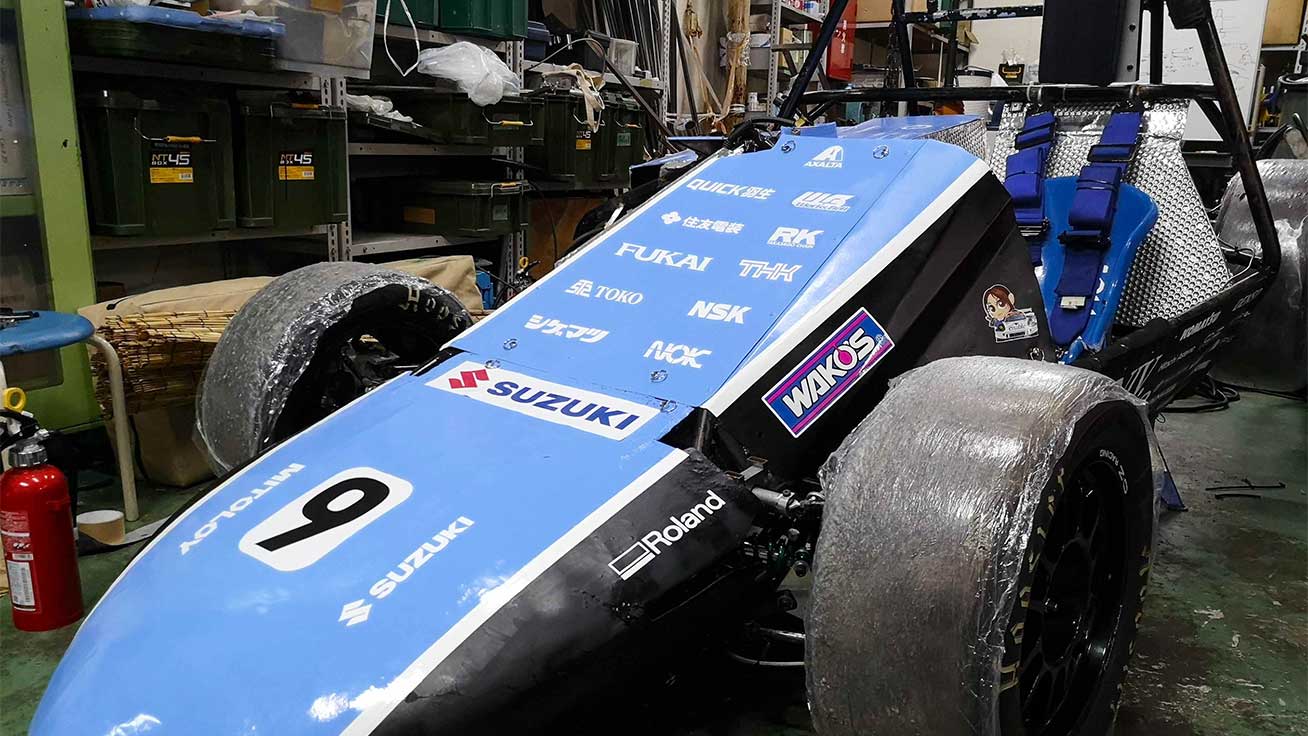 The racing car built by students at The University of Tokyo Faculty of Engineering workshop.

Following last year, we helped the team with their racing car livery; this year we used a TrueVIS VG3-640 wide-format inkjet printer/cutter to produce stickers.

Shizuoka University Motors (SUM) is an official club based at the Hamamatsu campus of Shizuoka University’s Faculty of Engineering, and is involved in the design, analysis, construction, and test drives of their racing car. Students are in charge of almost everything related to team management, including coordinating with sponsors, sourcing materials and conducting promotional efforts. 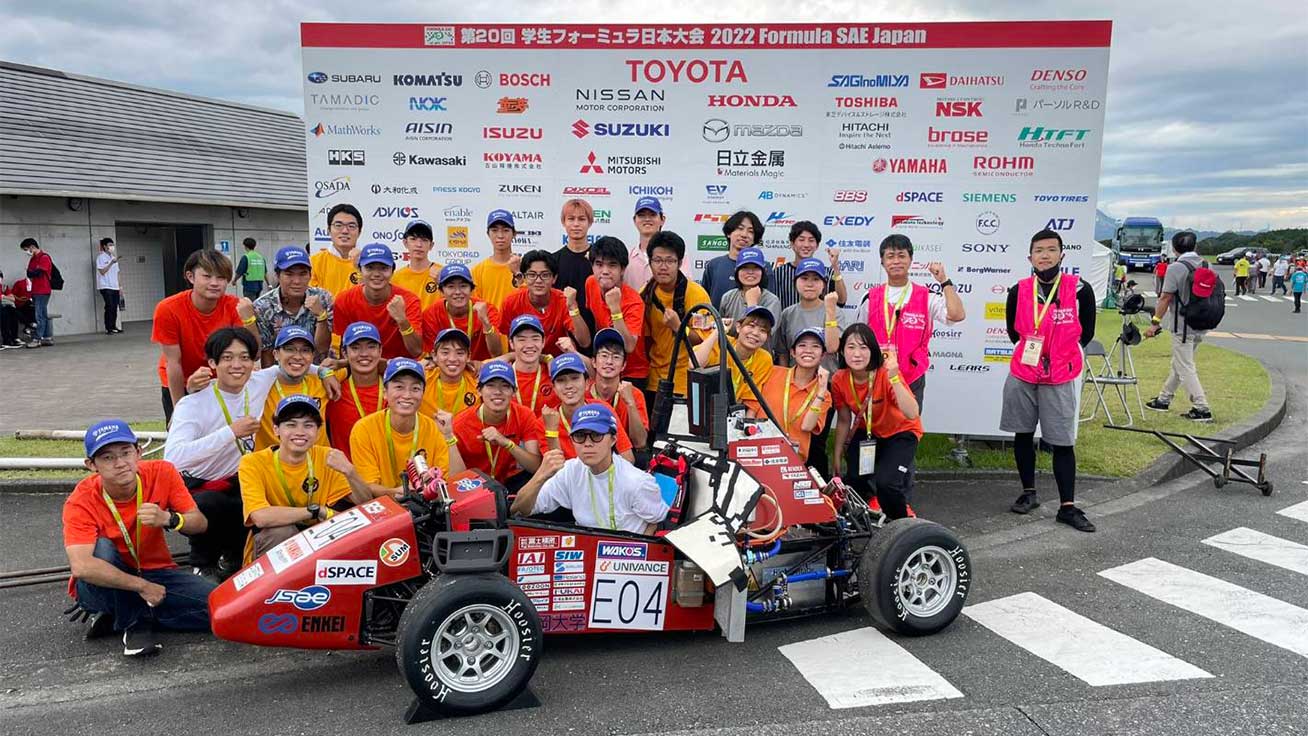 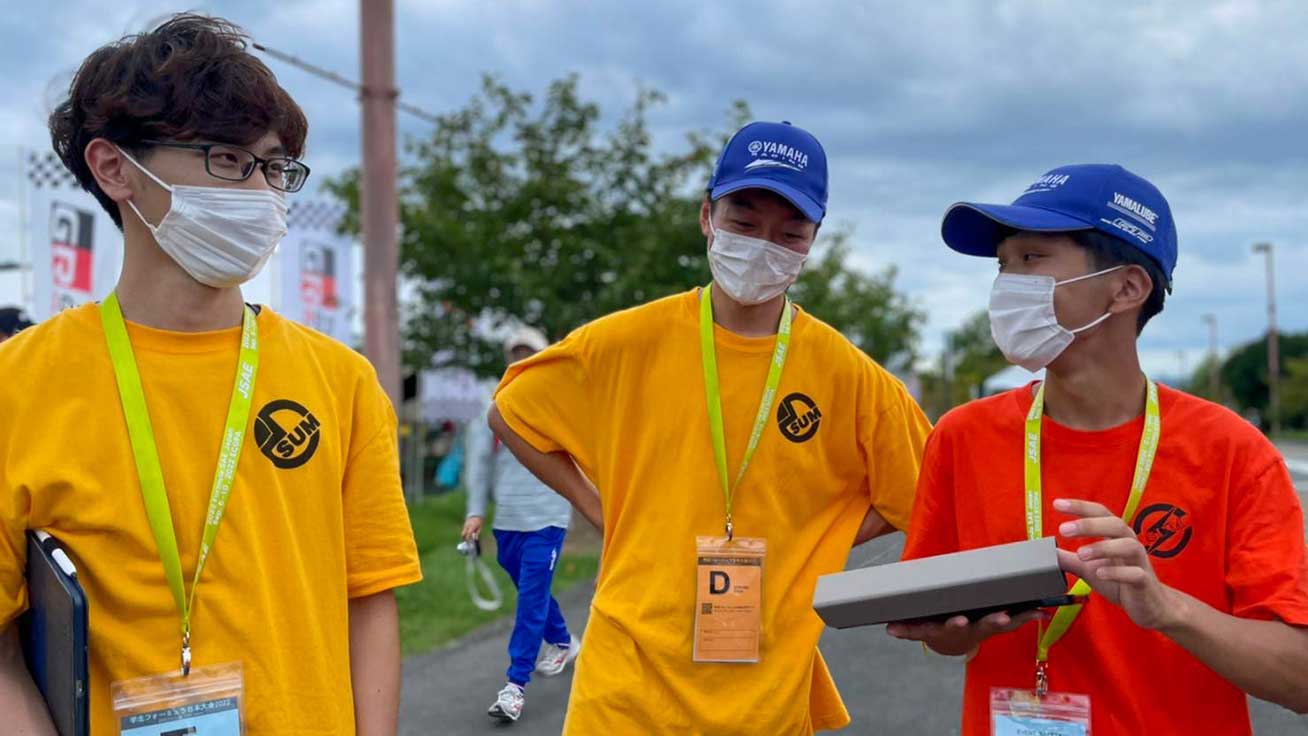 Roland DG began sponsoring the SUM team this season by producing T-shirts for team members using the VersaSTUDIO BT-12 direct-to-garment printers at our Hamamatsu headquarters. The T-shirts were produced as a thank-you gift for the crowd-funding efforts toward developing their EV racing car; team members wore the T-shirts throughout the competition in a sign of team unity.

We hope to continue supporting the efforts of students committed to honing their creativity and technical skills. 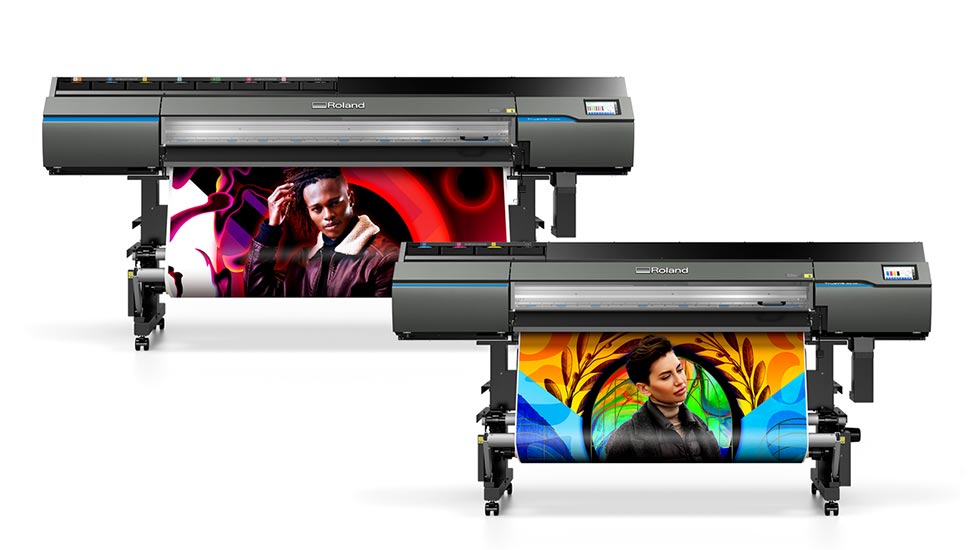